San Francisco, CA — On March 9, 2021 Chinese for Affirmative Action (CAA) joined more than 500 immigrant rights organizations nationwide in celebrating the U.S. Department of Justice decision to end its defense of the public charge expansions introduced by the Trump Administration. The dismissal of pending appeals means that a November 3, 2020 lower court ruling which blocked the proposed expansion will continue to stand, and the Department of Homeland Security and United States Citizenship and Immigration Services will return to 1999 public charge guidelines, effective immediately. This decision comes just a few short weeks after President Biden directed the State Department and the Department of Homeland Security to conduct a comprehensive review of immigration policies, including the public charge rule.

Since 2017, immigrant rights advocates and directly impacted families have been fighting against the expansion of the rules governing public charge. The new regulations, which increased the range of the public benefits considered in the public charge test, stoked fear among immigrant families. Many families, afraid of compromising their chances to apply for lawful permanent residency, chose not to access life-saving public benefits for which they qualified. Trump’s expansion of “public charge”, which functioned as a “wealth test” for green card applicants, exacerbated the disproportionate impact of the policy on low-income immigrants and immigrants of color.

“It is a community victory for many of us, who have tracked and fought against the policy since Trump first threatened to expand the rules in 2017. It is imperative that immigrant families should be able to access health care without worrying about their immigration status or future immigration repercussions, especially in the middle of a pandemic. Community members should be allowed the right to seek medical treatment and preventative care for COVID-19, including vaccinations, without fear of being considered a public charge.”

CAA has invariably committed to defend immigrant families and will continue to advocate for pro-immigrant and inclusive policies. Community members who have questions about their specific situations are encouraged to contact CAA’s Immigrant Rights program at 415-761-3222 for general inquiries and legal referrals. 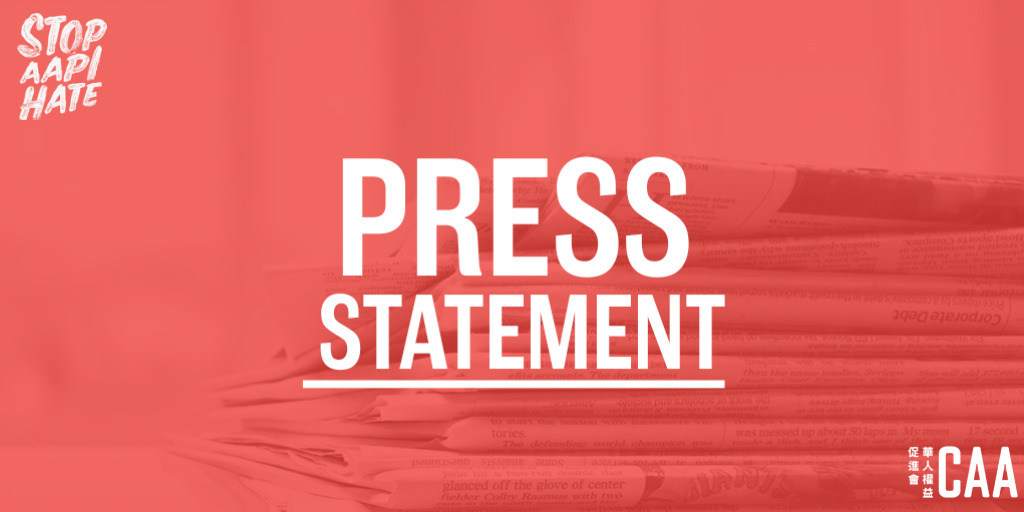 The Stop AAPI Hate coalition and the UCLA Asian American Studies Center (AASC) have received $1.4 million in funding from California to support ongoing research and community programs that address rising anti-Asian hate and the broader impact of COVID-19 on the Asian American community. 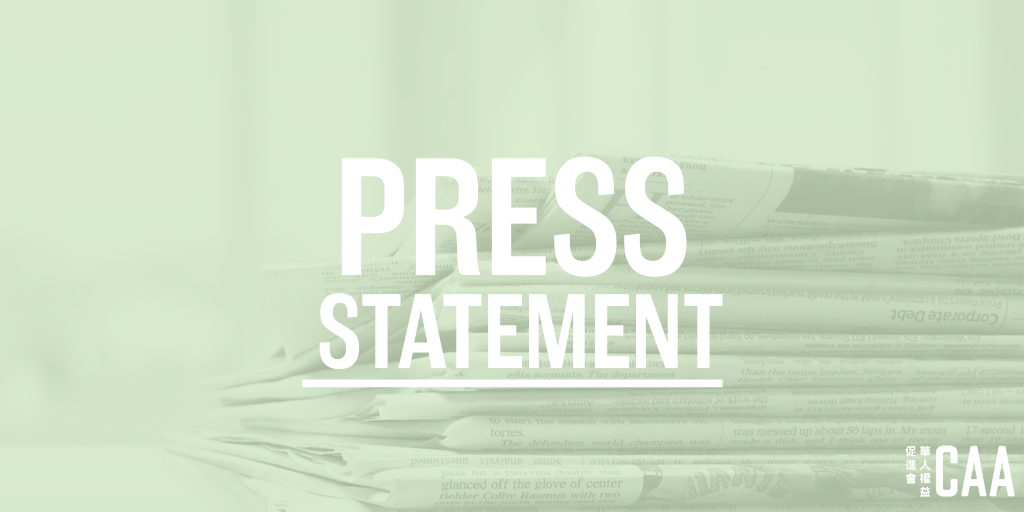 San Francisco, CA -- Just one month into the Biden-Harris administration, Chinese for Affirmative Action (CAA) joined immigration advocates from across the greater San Francisco Bay Area at a virtual roundtable on Tuesday, February 23, 2021, in praising the reversal of former President Donald Trump’s hardline immigration agenda, and other recent steps toward meaningful immigration reform.

In response to the recent surge in COVID-19 related violence against Asian American communities throughout the greater San Francisco Bay Area, the Coalition for Community Safety and Justice (CCSJ) in San Francisco joined forces with a coalition of organizations in Oakland to organize two parallel Days of Action this past weekend, both entitled “Love Our People, Heal Our Communities.”

CAA is joined by 70+ Asian organizations in denouncing violence against members of Asian American communities in San Francisco, Oakland, and the greater Bay Area. We stand in solidarity with victims, survivors, and families who have suffered loss and pain.

CAA welcomes the three executive orders signed by President Biden which will reunite the families separated at the border; review Trump-era immigration practices regarding asylum processing; and address policies that create barriers to permanent residency status and US citizenship.

This ruling ensures that programs like DACA will continue to offer pathways to permanent residency status for undocumented individuals.

This decision upholds lower court rulings, affirming the practice of holistic admissions and honoring the value of diversity in education.

Stop AAPI Hate, partners reveal how anti-Asian hate is spread by political candidates via Twitter over the first eight months of the Covid-19 pandemic and in the lead-up to the 2020 election

"Stop AAPI Hate is bringing to light the ways in which Asian Americans and Asian Pacific Islanders are victimized. We recognize how valuable this website is to illuminating discrimination so we can work together for a better tomorrow,” said AT&T California, Director of External Affairs

The report "They Blamed Me Because I Was Asian" found that 8 in 10 Asian American youths feel upset about the rise of anti-AAPI hate, which has intensified throughout the coronavirus pandemic.

Attacks Against AAPI Community Continue to Rise During Pandemic

Over 2,500 Racist Incidents Reported Since March August 27, 2020—Since its official launch on March 19, 2020, Stop AAPI Hate, a national coalition aimed at addressing anti-Asian American discrimination amid the pandemic, reports that it has received a total…
Donate